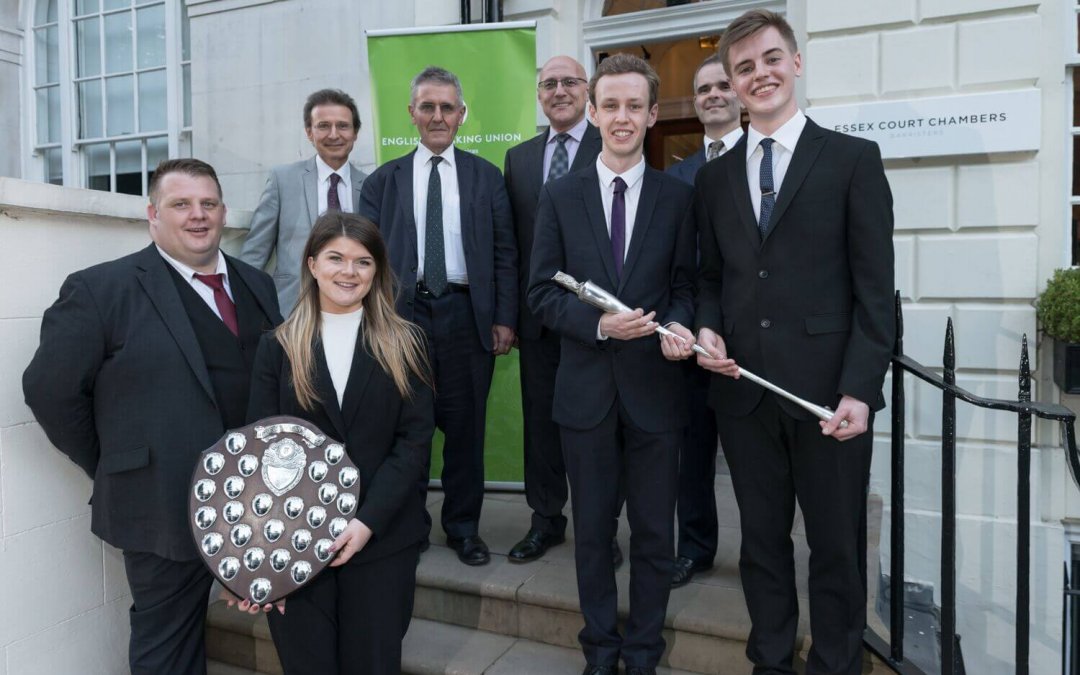 The mooting finals of the prestigious ESU-Essex Court National Mooting Competition took place in the Royal Courts of Justice, London, on 20th June 2017.

Competing in the finals were Newcastle University and Liverpool John Moores University.

The winners were Newcastle University represented by Daniel Boal and Joseph Beeney. As well as wining this prestigious national competition and having their names engraved on the Silver Mace, each received a prize of £1,000 and their university also won £1,000.

The runners up were Liverpool John Moores University represented by Marc Tyler and Abigail King. Each of them won £750 plus LJMU received a cheque for £500. Marc and Abigail’s names were also engraved on the Scarman Shield.

In addition, all four finalists won mini-pupillages at Essex Court Chambers in London.