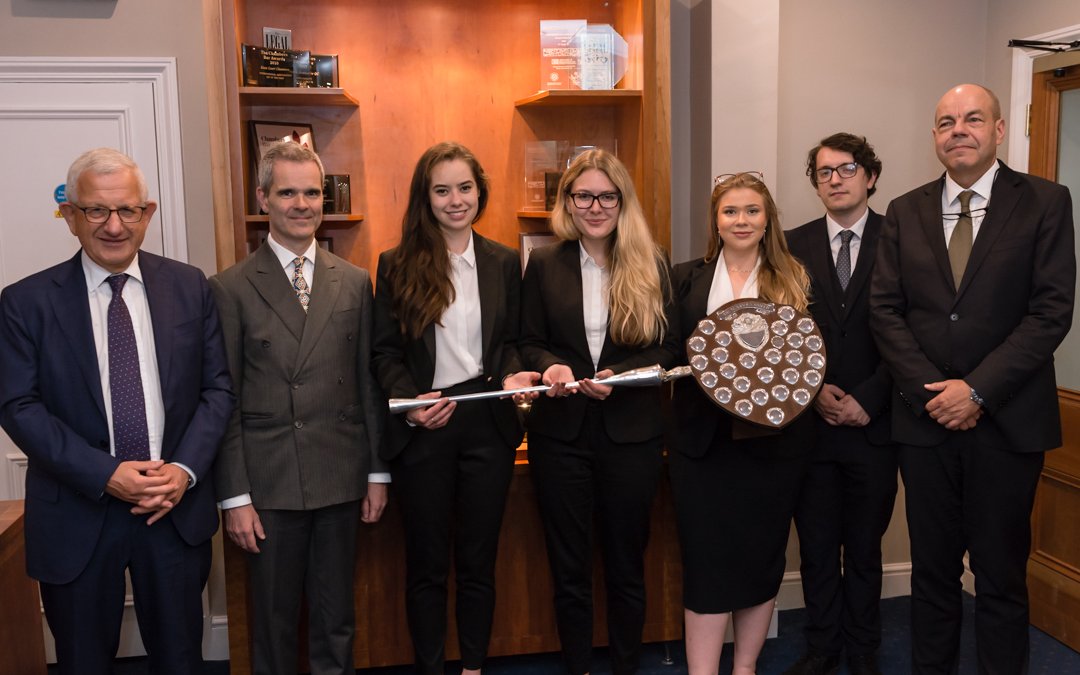 The mooting finals of the prestigious ESU-Essex Court National Mooting Competition took place in the Royal Courts of Justice, London, on 10th June 2019. Competing in the finals were University of Leicester and Oxford Brookes University.

The winners were Oxford Brookes University represented by Maja Wilkins and Lauren Bates-Brownsword. As well as wining this prestigious national competition and having their names engraved on the Silver Mace, each received a prize of £1,000 and their university also won £1,000.