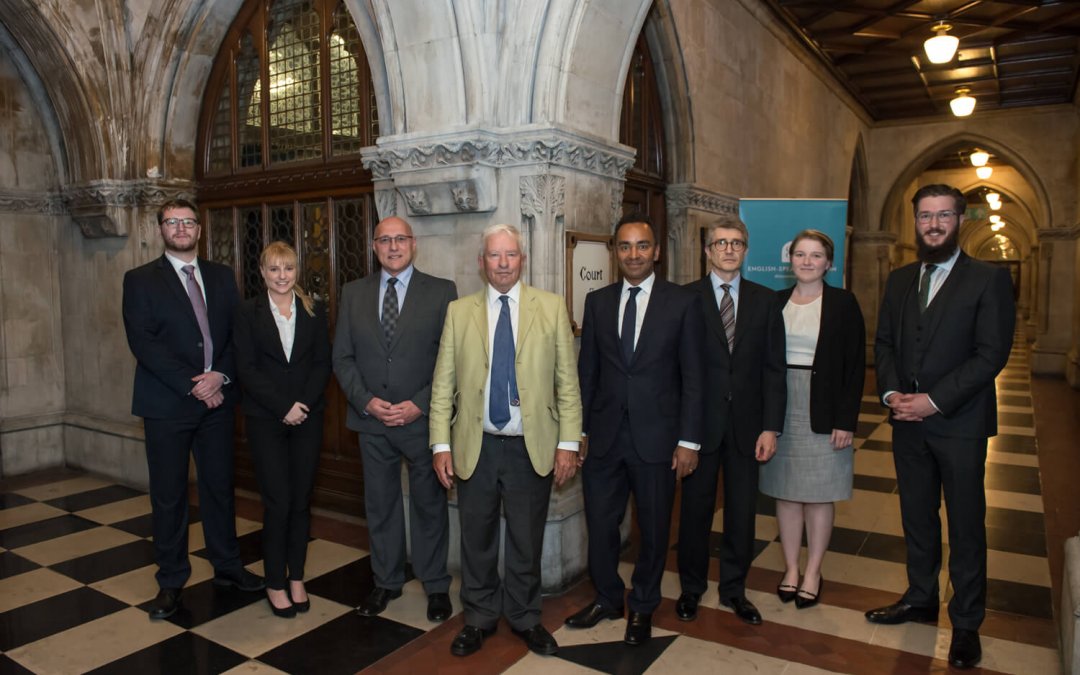 The mooting finals of the prestigious ESU-Essex Court Chambers National Mooting Competition took place in the Royal Courts of Justice, London, on 6th June 2018. Competing in the finals were Salford University and the University of Law, London. The winners were Salford.